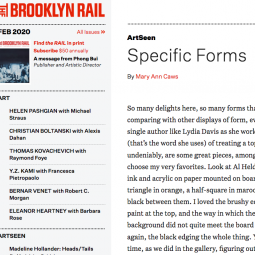 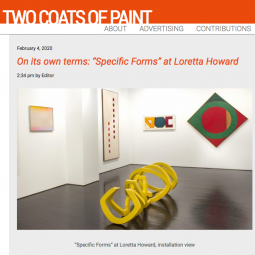 On its own terms: “Specific Forms” at Loretta Howard - Two Coats of Paint, contributed by Kim Uchiyama 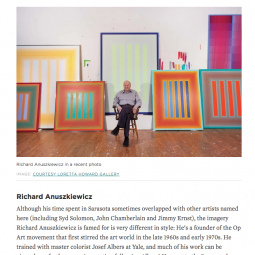 The Artists Who Made Sarasota Famous - Richard Anuszkiewicz
December 2019

There have been many of them over the decades since The Ringling and the Sarasota Art Association, now called Art Center Sarasota, opened their doors more than 80 years ago. Some were contemporaries, working, teaching and playing together in what came to be called a writers and artists colony. Some knew each other only in passing, coming from different eras and backgrounds and creating in very different styles. For a few, their importance to us today is primarily what they achieved here; for others, their names are familiar around the international art world.

View Article
Back To Top